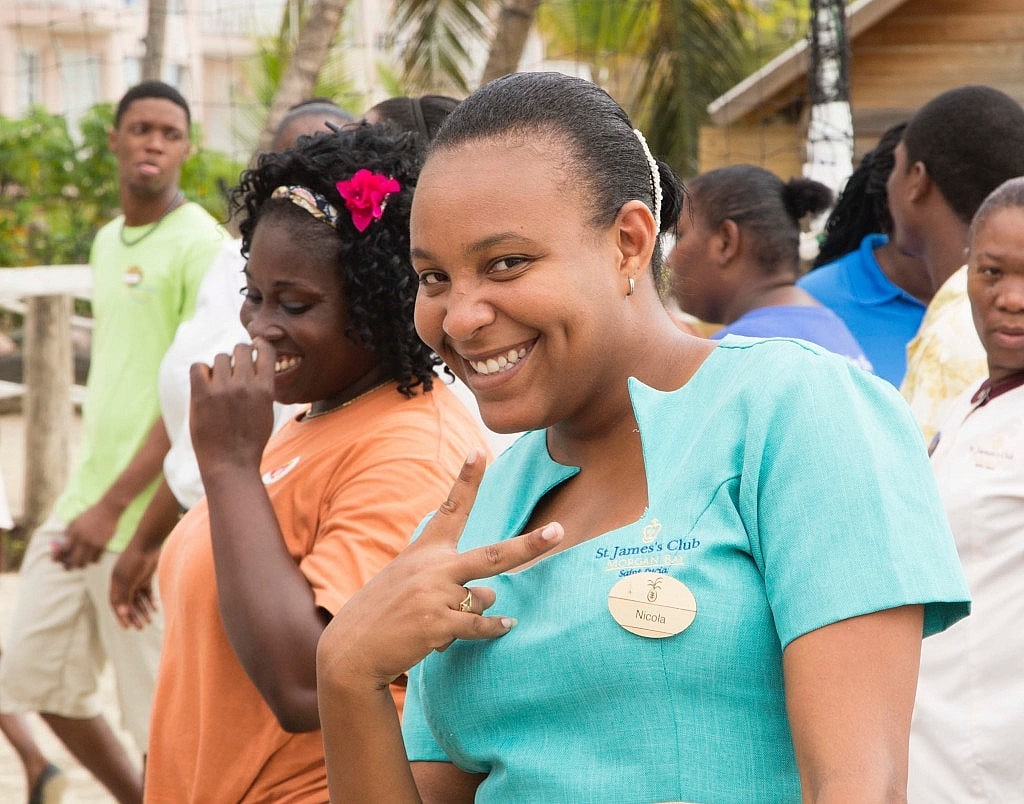 My assistant, Steve and I just got back from a hectic shoot in St. Lucia. We were there to photograph the many updates to the St. James’s Club Morgan Bay hotel. It’s a hotel I’ve shot before over the years, but since taking over just over two years ago Elite Island Resorts have done an amazing job of lifting the hotel up and refining the guest experience.  It’s in a great location and the accommodation and food are amazing. The entertainment for a hotel of it’s type in the Eastern Caribbean is full-on too. Complete with a regular spot by the more than 50 strong Royal St. Lucia Police Band.

On this trip the General manager had an idea for a fun video which he thought could be posted on YouTube. A parody of the “Happy” song which has been done many times up to now, but each location has it’s own unique charm. At first I was wondering how we would fit it in along with the extensive video and photo short we had on our list already. My assistant suggested we give it a crack by doing snippets during our regular shoot over the week as we went around. It was a plan!

We started on day one and thought it might prove difficult to get staff to randomly dance and do other out of the ordinary things. It proved to be anything but difficult. The staff launched themselves into it and by day three the GM told us he had departments complaining that they hadn’t yet been filmed for the “Happy” video. We made sure to get around all the departments by the end. It was so much fun and what you are about to see is so genuine. These people really were that happy. We concocted the idea of a “big” scene with as many staff as possible dancing with the manager on the beach. I wondered if we would get enough staff while leaving enough to keep the hotel running. Not a problem. Staff either came in early and many even came in on their day off or stayed a little later to do their bit.

Enjoy tho video and I hope it’s not the last of it’s kind that we do.