In this interview with Winter Park Photography photographer Steven Graffham, goes into depth about his passion for aerial drone photography. 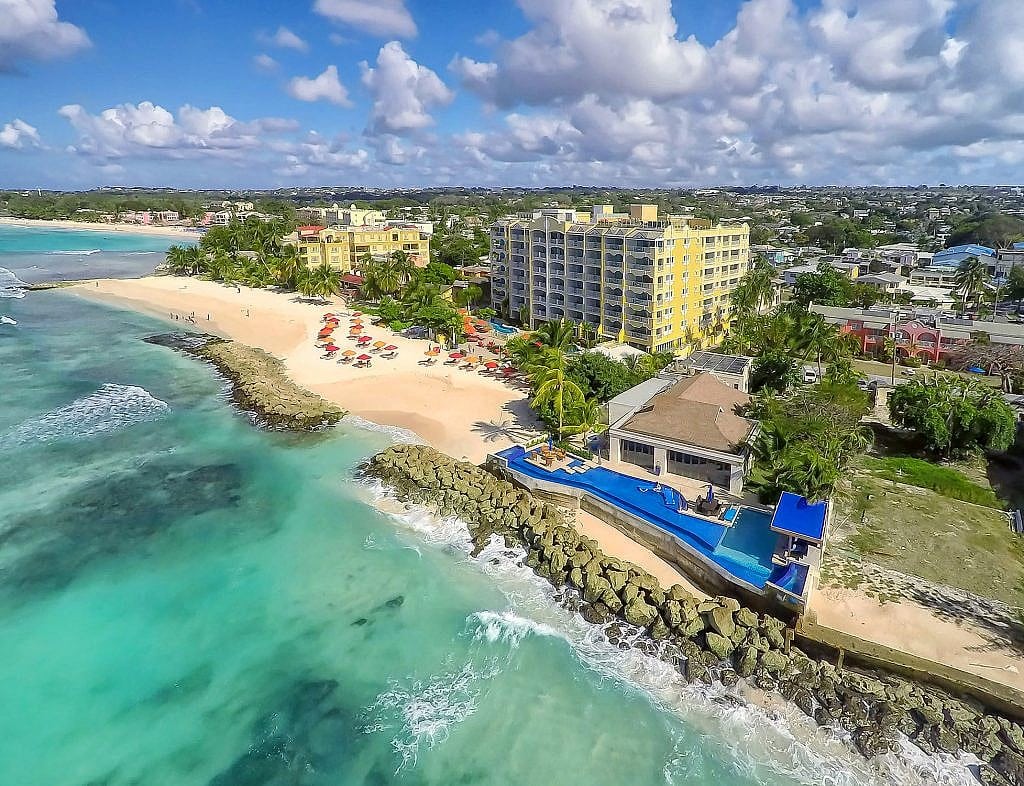 The South Coast of Barbados

You have been shooting photography for years now, what led you to first get started in aerial photography?
Whenever I see a video I am always studying to see how it is captured, and what type of equipment they might be using. For instance, I am studying it to see if they might have been using a boom or a smooth wide shot. A couple years back I saw a video that was filmed at a local wedding venue I knew. The video started off like any other video would with a low shot over the ceremony chairs as if they were using a crane; but then the video kept progressing, over the beach and then eventually to where it was about ten feet over the water. I was stunned and could not figure out how they could capture video like that. I contacted the owners of the wedding venue and asked how the videographers captured the video footage. I was told the videographers used a drone.

I was floored by the use of a drone. The word drone came with some distorted connotations, since up until this point, drones were primarily used in places of war. The word drone was associated with death and destruction. Nevertheless, I wanted to learn more about drone photography, so I googled articles on drones. I eventually came across the drone company I am buying my drone equipment from now.

What appeals to you about aerial drone photography?
Aerial drone photography appeals to me because you can capture angles that you could not capture otherwise. Up until the use of drones, the only way you would be able to get certain shots would be to rent a helicopter; however, with aerial photography you, in a sense, have your own helicopter. Aerial photography allows you to visualize shots from a 3d perspective from above. This is especially useful when it comes to capturing hotels and resorts. I want the sea, the beach, the hotel, and the mountains behind it to all be represented in one shot. On land it would be hard to capture all of those aspects in one shot. With aerial photography, however, it allows me to show so much more in one shot. As a hotel and resort photographer my main goal is to sell the destination to the viewer. I need to ensure that my photography both on land and in the air makes the viewer want to be there. With aerial photography I am able to capture the entire package which appeals more to future hotel guests

Do you remember what it was like your first time shooting from the air?
Yes it is was scary, my heart was pounding! On my first run I did not have a gimbal, which helps to stabilize the video. All I could do was aim the drone in the right direction and hope for the best. The drone was primitive with automatic settings, but at the time it was new age equipment. Drones have evolved so much over the last couple of years. With the most current drone versions, I can see what the camera can sees, which ultimately helps with the quality of the video or aerial photograph.

Can you tell us about your editing process as well as what some of your favorite apps are?
I use Final Cut Pro for my aerial photography, and I mainly use Photoshop or Lightroom for my ground photography.

What makes drones such an effective way to change our perspective?
Aerial drone photography gives me the ability to capture images from a different perspective. For instance, I was recently videoing manatees that were swimming in Crystal River. Rules and regulations do not allow for flying over or near protected sanctuaries close to the manatees. However, I was able to get near enough to capture video of the manatees looking down onto dozens of them.  It was fascinating to be able see the manatees under the water, which is something you would not normally see as clearly from ground level.
Do you think photography experience is a must in drone photography?
Yes I think experience is a must, because the same rules apply to both ground and aerial photography. I have worked with other drone pilots and they have missed certain things in a particular shot, which I might include. After reviewing their work, I realized the missing pieces come from not having photography experience. So passing on that experience to my other pilots is essential.

What gear do you use in the air?
For my aerial photography, I mainly use a DJI Phantom 4 drone. I have been using DJI equipment ever since they came out with their drone line. Every time they come out with a new one, it has specific upgrades and additional safety features that I really like. In the very beginning I was using Go Pro cameras because they were the best light option on the scene. However, I find DJI equipment is perfect for what we do; their products are efficient, with good quality, and for our market, it is more than enough.